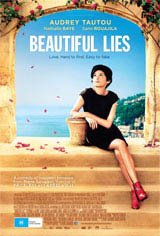 In addition to her clients, her employees and mounting bills, Emily, the owner of a country hair salon, has to deal with her mother, Maddy, who has been in a deep depression since her husband left. One day, Emily receives an anonymous love letter. Although at first she's tempted to just throw it out, she changes her mind and re-addresses it to her mother, hoping to cheer her up. Emily doesn't know the letter was written by John, the salon's shy handyman. Eventually, the truth will rise to the surface, causing damage in its wake.