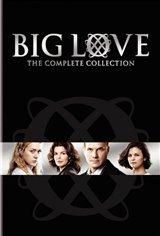 Over the course of five seasons, Bill Henrickson (Bill Paxton) and his three wives (Barb, Nicki, and Margene) struggle to overcome a myriad of challenges they’re faced with while living a modern-day polygamist lifestyle.

Bill is an independent businessman who runs a growing chain of hardware stores—the family later goes on to expand their business ventures to a Mormon-friendly casino in the middle of an Indian reservation. The family even contemplates taking on a fourth wife and as if that wasn’t enough on their plates, Bill decides to run for public office. In one of the most shocking moments of the series, Bill, who is voted in as the new state senator, shakes Utah to its core by outing his family as polygamists on election night. Now, instead of being embraced for their honesty, the Henrickson family is engulfed by hostility from neighbors, employees, casino partners, students at their kids’ schools and even fellow polygamists hoping to keep their personal lives private.