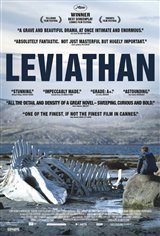 Kolia (Alexey Serebryakov) lives in a small fishing town near the sea in Russia. He built his home with his own two hands and he enjoys the beautiful view. His auto-repair shop is right next door to his home, where he lives with his wife Lilya (Elena Liadova) and his son Roma (Sergey Pokhodaev) from a previous marriage.

When the town's corrupt mayor Vadim Shelevyat decides he wants Kolia's land for development, he tries at first to buy him out. Kolia refuses to give in, and the mayor becomes more aggressive, but Kolia won't give in without a fight.