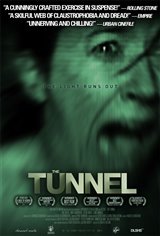 In 2007 the New South Wales government suddenly scrapped a plan to utilise the water in the disused underground train tunnels beneath Sydney's St James Train Station.

In 2008, chasing rumours of a government coverup and urban legends surrounding the sudden backflip, investigative journalist Natasha Warner led a crew of four into the underground labyrinth.

They went down into the tunnels looking for a story—until the story found them.

This is the film of their harrowing ordeal. With unprecedented access to the recently declassified tapes they shot in the claustrophobic subway tunnels, as well as a series of candid interviews with the survivors, we come face to face with the terrifying truth.

This never before seen footage takes us deep inside the tunnels bringing the darkness to life and capturing the raw fear that threatens to tear the crew apart, leaving each one of them fighting for their lives.