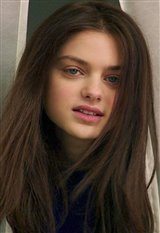 ODEYA RUSH Date of Birth: May 12, 1997 Odeya Rush was born in Israel, but moved to the US when she was nine years old. Soon after, her family relocated to the Tri-State area so that Odeya could pursue acting. By the age of 12, she’d already booked numerous commercials and appeared in several short films. She was easily able to transition into television and film. Odeya has appeared on HBO’s television series Curb Your Enthusiasm as Emily, and on Law and Order SVU as Hannah Milner. She made her... See All