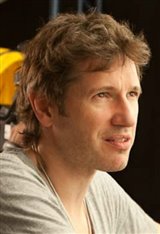 PAUL W.S. ANDERSON Date of Birth: March 4, 1965 Born in Newcastle-upon-Tyne in Northern England, Paul W.S. Anderson attended Warwick University where he achieved a first class film degree with honors and an MBA. He got started in film on his own, setting up a film cooperative in his hometown and worked on every aspect of film. He then started to work for British television where he made award-winning documentaries and a controversial drama and was the principle writer on the successful... See All